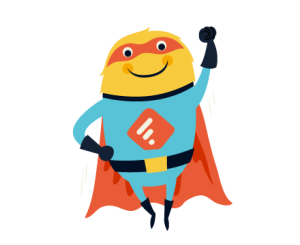 I’m a religious follower via Feedly (since the demise of my precious Google Reader), but only click through if I want to comment.

How does something like Feedly count in the Offbeat Empire’s pageviews, etc.?

That is, am I essentially robbing you of a pageview by reading the full article in my reader, or does the way Feedly gets the article count as a pageview?

This question comes up periodically, so I figured I’d bubble up my answer here into a full post for easy referencing!

RSS feeds were a thing that was totally going to take off in like, 2007. RSS was going to be HUGE. Instead of going to your favorite website to see if there were updates, the updates from your favorite websites would come to you. This video does a great job of explaining why so many of us were excited about the concept:

Flash-forward seven years, and RSS just never quite hit the big time. Instead, people default to Facebook or Twitter as their primary feed readers. Over the years, RSS became a niche nerd thing, which is why Google shut down Reader, the RSS tool that Shannon mentions.

For those of us who love RSS, we fucking love RSS. My RSS reader is my window to the world. If you don’t get RSS, you’re in good company… as of today, 61k people use Facebook to follow Offbeat Bride, as opposed to 3000 who use RSS. That should tell you something.

Ok, but what about RSS subscribers “robbing” pageviews from a publisher?

When you subscribe to blogs in an RSS reader, you can read the full blog posts in your reader. The posts come to you. (There was one time in 2010 when I tried changing the RSS settings to only show an excerpt of the post, in the hopes that folks would click through. RSS followers completely revolted. Hell hath no fury like an RSS follower facing an excerpted feed.) So, when you read the entire post in your feed reader, are your eyes counted toward the publisher’s pageview statistics? Or are you “robbing” a business of a pageview?

Keep in mind that as a publisher, my pageview counts are what we use to sell advertising. Advertisers want to know how many people are reading, and unique visitor counts and pageviews are important metrics.

Here’s the truth: yeah, you’re kinda robbing me of a pageview. However, you’re rewarding me with long-term reader loyalty, which is theoretically worth way more than a pageview, so it all works out and more importantly: you don’t need to worry about it. 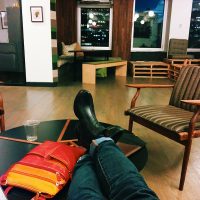 There but for the grace of pageviews go I: where blogging and my business are going

Last week, I sent an email to all the Offbeat Empire staffers with the subject line: Required reading. The email contained a link to this... Read more

I’m a committed RSS user myself, and I always like to remind my fellow RSS nerds just how few of us there are left. Remember that comparison I gave with Facebook? Here’s another way to look at it: We get about 6000 Facebook followers a week — twice as many as our TOTAL RSS following. People who read via RSS do indeed cut into our pageview counts, but it’s relatively so few people that it really doesn’t matter. Offbeat Bride has 2.8 million pageviews a month. At the most, RSS readers cost us maybe (MAYBE) 100k pageviews a month. It’s just not that many, especially when you consider the loyalty payoff.

See, unlike Facebook (where the site’s algorithms show followers only a few of our posts), RSS followers see every single new post when it goes up. This includes every single sponsored post. You might be “robbing” us of pageviews, but unlike FB followers, you actually SEE all the posts, including the monetized ones.

Following via RSS means you’re loyal to the site — which is valuable to a publisher in different ways. It’s not pageviews, but in some ways… it’s a bigger deal. You’re never going to miss a post. You’re never going to complain about how we never write about disabilities and sex, and then have us be like “Uh, we did a post last week about exactly that topic,” and then you’re all, “Oh, uh Facebook didn’t show me that post, sorry.”

In summary: yeah, you are technically “robbing” a pageview from a publisher when you read via RSS, but there are so few of you that it’s not a big deal, and you reward the publisher in other ways.

That said, if any of our RSS followers want to alleviate your guilt, there are non-pageview ways to support the Offbeat Empire!

Comments on Does reading via RSS “rob” pageviews from a publisher?