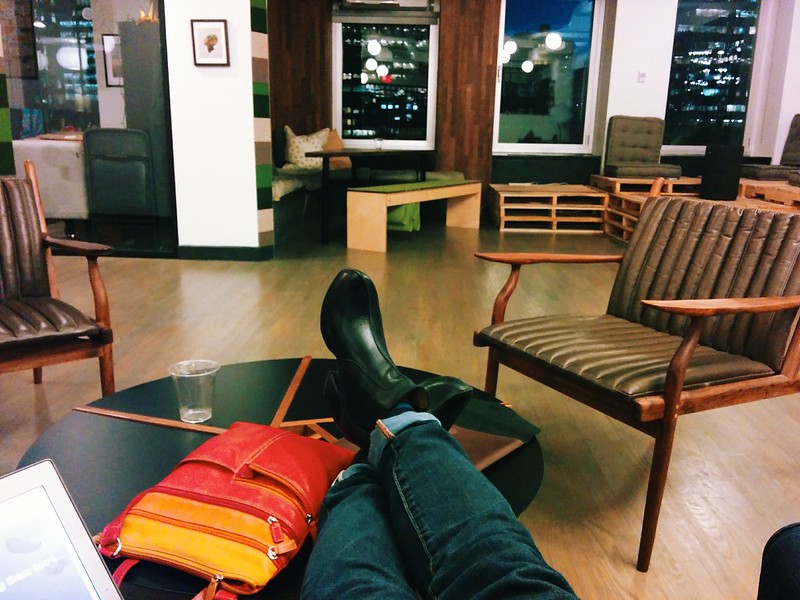 Let’s start with some required reading

Last week, I sent an email to all the Offbeat Empire staffers with the subject line: Required reading. The email contained a link to this post: State of the blog union: how the blogging world has changed. This post was written six months ago, but whatever: it’s a big fucking deal.

The author Grace Bonney (publisher of the hugely popular Design*Sponge), runs down a list of issues that have been at the forefront of my mind for a couple years including:

The business of Offbeat Bride

This post was written in 2008, and while all the numbers are many years outdated, it’s a good look at the early history of my... Read more

She also goes into a great deal of detail about the shifting landscape of blog advertising toward what’s now known as “native” advertising — ie sponsored posts. This is the one place where I feel like I was ahead of the game. Offbeat Bride has featured native advertising since 2007. I think my decade as a marketing copywriter made non-interruptive advertising feel like common sense… but it wasn’t. I wrote about my business model back in 2008 (it’s the post that Meg Keene cites as what inspired her to launch A Practical Wedding), and in the six years since then, native advertising has become a totally known thing.

…In fact, such a known thing that Google is now punishing shady people who do it (mostly link farms and spammers, but not always), and so now some folks are terrified about it. We’re not shady (we use nofollows on all sponsored links), so we’re not worried… but I think native advertising’s day’s are ultimately numbered. Not because it’s a bad idea or because Google is punishing most of us who do it responsibly, but because advertisers are becoming frightened of it.

One of the things Grace doesn’t talk about (surprisingly! how can you not talk about it?!) is the rise of mobile. I’ve watched my pages/session counts (the number of pages each reader views per site visit) tumble over the last 3 years… and when you map it to mobile use, it’s basically a 1:1 correlation. People use mobile browsers VERY differently than they use desktop browsers. Even if your website looks good in mobile browsers, the user flow is going to be totally different.

Grace keeps her post positive, and basically the moral of the story is:

Blogs will need to diversify, run with a light footprint (in terms of overhead and team costs) and constantly change to stay alive.

She’s right 100%. I’ve been in the content game for over a decade, and it’s great! And I love it! But the game is changing. Fast. Hard. Print publishers have been in a panic for years, and we digital publishers need to stop feeling smug: there but for the grace of pageviews go I.

Side note: it’s in part for this reason that my mind boggles that pro-blogging is still being marketed as a money-making endeavor. Blogging conferences are shutting down, you guys. I’m here telling you that even as an established full-time digital publisher of 8 years (with another 7 years of hobby-blogging before that), the landscape has changed. Buying a domain and installing WordPress? Har har. Several people managed to replicate Offbeat Bride’s success in the late ’00s, but here in the teens, even *I* can’t replicate Offbeat Bride’s success! Offbeat Families shut down after four years and $40k invested. Offbeat Home & Life is essentially a hobby that barely breaks even. I find it unconscionable that anyone would charge people to learn how to make money off a business model that’s clearly on the wane.

Part of what I love about working on the internet is that NOTHING is static. Just when you think you have it figured out, a new tool comes along, an old algorithm shifts so it doesn’t work the same, an industry trend shifts and you’re rich and confused or broke and confused. It’s part of what makes it fun!

When Offbeat Bride launched, there were no other alternative wedding blogs. There was Indiebride (but that was a forum) and DIY Bride (which was more of a crafting site). Now there are whole spiraling fractals of niche wedding blogs (practical, rock ‘n’ roll, geeky, mountain, broke, etc x 50000) and I’ve had to adapt.

Sponsored posts used to be 70% of my revenue, but now they don’t sell as easily and they’re only 25%. That’s ok because social media wasn’t the same in 2007… people still used RSS instead of Facebook. I’ve written before about how I basically built my site around Flickr… which is now a struggling property hoping for a comeback (and mostly failing). The month I launched Offbeat Bride’s vendor guide, I made four times more than I’d ever made in a month. My revenue model totally changed.

And it just keeps changing. Last summer, I stopped fighting Facebook and look what happened to Offbeat Bride’s traffic:

Here are the site analytics for Offbeat Families, six months after we ceased publication. This traffic is mostly Facebook-driven, and the sad truth is that... Read more

That shows our referrals coming in from Facebook. Suddenly, instead of hating Facebook (for not being RSS, for sucking comments away), I figured out that I could milk it for traffic off of “greatest hits” posts, and traffic went way WAY up. That increase was true of for all the sites — even the blog that ceased publication.

Adapting to the rise of mobile

One of the biggest adaptations I made was accommodating mobile use. My brain still tries to work in desktop browser brain: “People can see where this text link goes by hovering over it,” I think to myself, and then realize how many readers are on mobile where there is no hovering. Why does no one use the site’s navigation? Oh right: mobile.

Early last year, I invested many thousands of dollars in making all the sites more mobile-friendly, which was SO IMPORTANT. I felt like I was a year or two late, even… and I’m still playing catch-up. (Every month or so, Offbeat Bride Tribe members ask for a stand-alone app. No one wants my stupid website — they want an app.)

I’m increasingly aware too of how much bigger mobile is going to be. I just read an article about how low-end Android phones are going to radicalize the internet, as floods of folks in developing nations get smartphones. Then I watched this fascinating slideshow about the future of global internet use — all mobile, all the time.

The Emerging Global Web from yiibu

So where are we going?

Ok, ok: I don’t mean to be all terrifying here. Content on the web certainly isn’t going away and neither is the Empire. But a reader emailed me to ask if I had any updates to this 2011 post about monetizing your blog… and I was horrified that I didn’t. This is the internet! The fact that the basic tools I use haven’t changed much in 3 years is a sign that things are stagnating. I’m not scared, but that’s only because I’ve already got multiple irons in multiple fires that reduce my business’s dependence on my longtime business model of selling sponsored posts, banner ads, and vendor listings.

A sales slump scared me into action last year. That particular slump was thankfully temporary, but I’m thanking my lucky stars that it motivated me to get a head start on diversifying my business model. Getting into the events market with Lovesick Expo is a big deal, and it’s only the beginning of the shifts. I’ve got several new revenue streams and business models in the works to launch within the next six months or so.

So yes: I’m working hard to diversify my business to not just be about content — but I’m also investing to make the most of the Empire’s deep well of awesome content. This means we’re in the beginning phases of a six-month project to redesign the Offbeat Empire’s websites.

Amazingly, with only a few tweaks (and a major recoding to get mobile browser responsive), we’ve been using the same design since 2009. It’s remarkable to me that the design has held up as well as it has, but it’s finally time.

Decreasing numbers of people navigating content by my beloved blog category archives… they browse by related post and tiled thumbnails. They care less and less about commenting, and more and more about sharing and social media conversations. Yes, longtime readers absolutely still care about post recency, but the vast majority care about relevancy. Why do Offbeat Empire sites have a “Next / Previous” post text links instead of a swiping navigational function? Why do we show comment counts when only 1% of our readers have ever left a comment, and most people care more about view or share counts? Big change and exciting decisions afoot!

I’ve got a pretty good handle on the base design and the UX, but I need a few hours of designer help. I’ll be posting about that tomorrow.

In the meantime: anyone want to talk about the future of blogging? Social media? Online advertising? Diversifying your business? I want to hear your stories!

Comments on There but for the grace of pageviews go I: where blogging and my business are going