Here are the site analytics for Offbeat Families, six months after it ceased publication: 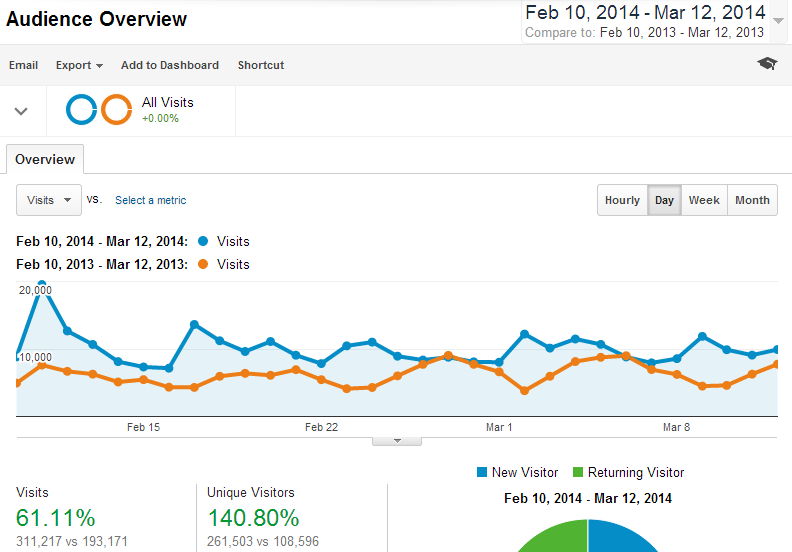 This traffic is mostly Facebook-driven, and the sad truth is that the posts that seem to do best over there are always the most Jerry Springer-ish and/or sad: 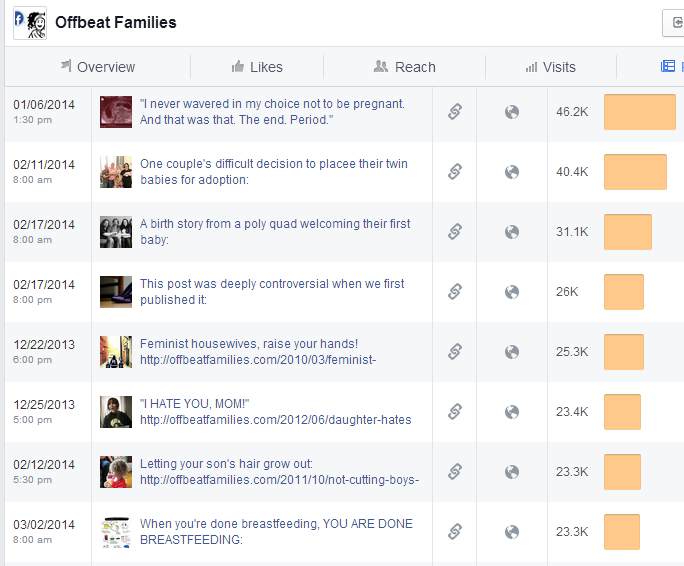 When it comes to Facebook, it’s all about ABORTION! TWIN ADOPTION! SEX! I HATE YOU MOM! There are a couple surprises, but for the most case, what does best on Facebook is scandal, sex, and sadness. There are also Facebook algorithms to consider. Even if YOU’RE interested in happier posts, if other people aren’t, then Facebook won’t show that link to you. Scandal, sex, and sadness get momentum and traction with Facebook’s algorithms, which means more people see them.

I don’t know how to feel about this. On the one hand, the predictability has finally made Offbeat Families consistently profitable, after years of it losing money. On the other hand, the fact that that profit comes off of a steady stream of drama and sadness and omg intrigue makes me a little uncomfortable.