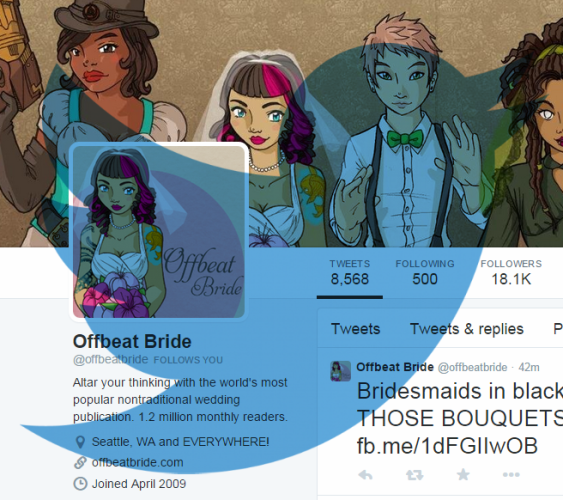 I started out my morning today reading this article: To Be Blunt, a Lot of Your Social-Media Marketing is Getting You Nowhere. It includes this key line: “Let’s say, for sake of example, you are a bank. Does it really make sense for you to keep on pinning?”

I have a pretty good anecdotal idea of how Offbeat Bride’s social media channels perform, but this article prompted me to do a quick audit to see if I could confirm my suspicions that despite 18k followers, Twitter doesn’t really do much for us. Pulling the numbers not only confirmed that, but blew my mind: 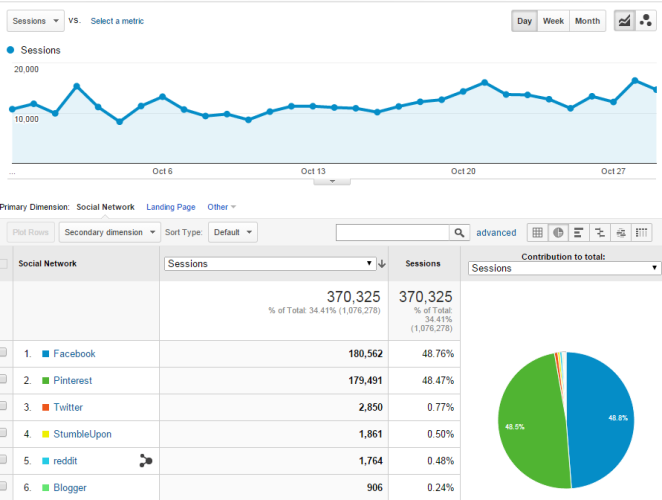 Despite the fact that we share all the same links and content on Twitter as we do via Facebook, Twitter delivers less than 1% of Offbeat Bride’s social media traffic. LESS THAN 1%! I’m on Twitter all day every day, and the only engagement I tend to see with the @offbeatbride account is vendors rebroadcasting our content to their followers (usually via bots), or sometimes sharing links to our site when we publish a wedding they worked on.

Does this mean I’m going to kill @offbeatbride on Twitter? No. Or rather, not yet. The account doesn’t take much effort, but it’s useful for me to consider at what point it’s worth killing a non-performing social media property. When does it make sense to just take a social media account out back and put it out of its misery, rather than have it quietly continue to perform poorly?