On January 1st, 2007, I wrote a short post announcing the launch of offbeatbride.com, the promotional website that was supposed to help me sell my silly wedding book.

I wish I could say I had it all planned; that I had a strategy for how the website would grow and where the business would go, but I had no fucking clue. I was just trying to sell books, using the promotional tool I knew best, which was blogging and social media. While I was excited to be an author, the truth of it was that I’d spent almost ten years at that point working in marketing, so scheming ways to try to sell the book was way easier for me than trying to actually write the book.

In fact, I had so many premature ideas about marketing, that I had a book that I kept by my computer when I was working on chapters for Offbeat Bride. When I found myself mid-chapter having a moment of “…ooh, and I could sell the book doing THIS!” I would scribble it down in The Book Book to get it out of my brain, but keep me from getting derailed on actually, you know, writing the book.

You can see, in these notes, my first idea about launching offbeatbride.com to promote the book (along with ramblings about gender and family and blah blah). My initial vision of the project was all focused on my new identity as an author. I’d been a writer, sure. Copywriter, yes. Editor, yep. Freelance journalist, sometimes. AUTHOR! FINALLY! FUCK YEAH!

I wish I could have foreseen what offbeatbride.com would grow into, but I had no idea that the Offbeat Empire was what I wanted to be doing until I found myself here doing it. 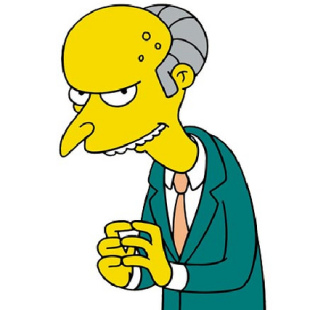 I look back on myself when I was launching this website and sort of shake my head: I was SO focused on the preconceptions and projections I had about being an AUTHOR (fancy! important! permanent! authority-establishing! fuck yeah-ness!) that I failed to recognize that my skill set really runs in a very different vein — I am a digital writer best suited to the immediacy and interactivity of the web.

I’ve been all about web writing since I first got on a BBS in 1992 and started writing the most ignorant advice about how to give blow jobs. (My expertise: two blow jobs performed.) Writing within an active community was awesome: I could get a rise out of people (har), and get responses almost immediately for a quick hit of feedback. Since then, my writing has always been at its best when it’s been interactive. (Thankfully my topics evolved, although I suppose writing like I’m an expert when I barely have a clue is a persistent theme!)

The one exception to this interactivity? My book, of course. A book’s permanence is part of what makes it supposedly more important than web writing … but UG. Books reallky are so agonizingly PERMANENT.

I guess I’m stuck with it

I wrote my book six years ago now, which is like 70 years in internet time. When I wrote the book, I had no experience with weddings: I’d been to maybe a half dozen, and had organized exactly one (and with a lot of help). I don’t pretend to be any sort of expert in the book: in Offbeat Mama categorical parlance, it’s a 220+ page “It worked for me” post.

Now, I’ve spent five years watching people plan their weddings. I am very much IN THE INDUSTRY (even if it’s a small niche corner of the industry that I built around myself like a wall to protect me from the rest of the wedding industrial complex), and my values around weddings have totally shifted from the experience. Readers of the website get my 2012 perspectives, and then pick up my book and are like, “What is this, 2006?!” (Well, yes actually: it was.)

Most of my book’s negative reviews focus on frustration with the differences between offbeatbride.com and Offbeat Bride: Creative Alternatives for Independent Brides:

These people are not wrong.

At this point, the book that I was working so hard to promote has become a prologue to a very different story. Offbeat Bride the book was never intended as a service guide or a how-to book. It’s a memoir, with a few sidebars formatted to give some advice from myself and other brides. It is all about me, because that was the story I was telling: I was a memoirist and a personal blogger: writing about myself was what I did.

I wish it was an intentional business decision to launch the Offbeat Bride brand as a separate thing from Brand Ariel Meadow Stallings™… I seriously feel like I dodged a bullet, and I wish I could say I smart enough to anticipate it. (But I wasn’t.) When I look at writers whose businesses models are extensions of their personal blogs and personal stories, I see lots of challenges. Marketing your ongoing life story and personality as a product is not an easy game to play. When does writing feel exploitative? What are your boundaries about what you keep to yourself? How exhausting it is to market a brand where, when you “fail” (i.e, people don’t like the brand), it’s basically attached to YOU AS A PERSON? How do the pro-mommybloggers and cult-of-personality blog-divas stay sane? I have no idea. NONE. I have profound respect for what people like Dooce and Gala Darling do in the face of never-ending personal attacks, because I would kill myself in about a day.

Of course I take it personally when someone doesn’t like Brand Ariel Meadow Stallings™, but it’s no big deal when someone doesn’t like the Offbeat Empire. This separation of church and state has been pivotal to me maintaining my sanity working online. My business and my brand are not me. When I have a bad day, I don’t wonder how I’m going to translate it into a story to get clicks. I’m not well-suited to that kind of exposure any more. I don’t know if the trolls finally got to me, or if I just grew up and got sick of talking about myself so much, but whatever: THANK GOD.

When people complain that my book is too much about me, I say ABSOLUTELY. When I launched offbeatbride.com, it was sorta about me (because I was trying to sell my book), but the marketing materials were all about other people. My wedding story was just one of first dozens, then hundreds and thousands, and now millions of stories.

I’m not even kidding: MILLIONS 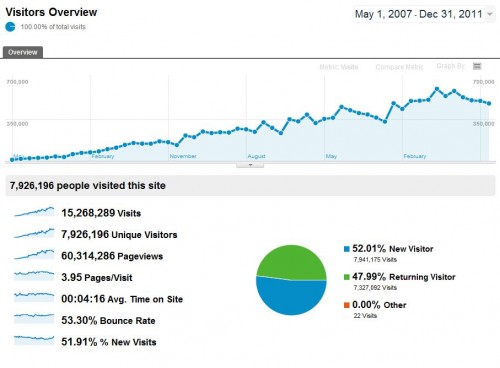 I check my stats obsessively, but I’ve never called up this report. I started using Google Analytics in May 2007, just a few months after a pretty small launch. In the 4.5 years since then, offbeatbride.com has had almost 8 million visitors.

So yeah, my silly wedding book may be 220 pages long, but it’s only 1 of 8 million similar stories — many of them way more interesting than mine.

Brand Ariel Meadow Stallings™ was a lonely place, plagued with criticism (both internal and external) of self-indulgent narcissism, and a lot of hurt feelings. (There’s a reason I was looking for a therapist in 2007.) The Offbeat Empire, meanwhile, is a bustling digital office, where I’m gabbing over the watercooler with eight coworkers about our shared goals and challenges. Yes, this is my company (I tried a collaboratively web project a few years ago — publishing by committee was not a good fit for my personality), but it’s a company that’s focused on promoting other people as writers and storytellers.

So here I am: I’m a publisher. Not an author. Instead of promoting my own story, now I publish other people’s stories.

Of course I am immensely proud of being a published author. It was an extra fist-pump for me when my publisher decided my book was doing so well that they wanted to release a second edition a couple years ago. The credibility of being a published author is AWESOME, and that sense of accomplishment probably helped me skim right over the “omg I’m 30, wtf do I have to show for it?” crisis that so many of us go through. MY BOOK! I HAD MY BOOK! I DID OK FOR MYSELF!

But it’s almost like I needed to climb that ladder just to gain the confidence I needed to completely dismantle the ladder and build a whole separate structure to stand on top of.

Being a publisher finally freed me from the lamest parts of being a writer: the parts where you hold your stack of work and wiggle it in people’s face. The parts where you grovel, hoping someone will help you get your story out. You take edits, make revisions, and cross your fingers that someone will give you the keys to the eyeballs and your shit where people can see it. Well, you know what? I OWN the fucking eyeballs now.

My Book Book, if I could go back and rewrite the brainstorms, would say:

Stop trying to get other publishers to spread your story — build your own publishing empire out of other people’s stories. Not only is it way more interesting and way less depressing, but you’ll also be way more successful. Plus, part of your job will be making OTHER PEOPLE successful, which is way more gratifying than just promoting yourself.

Five years ago, I so desperately wish I could have had the insight and the business acumen to form that strategy… but I suppose the process of figuring it out as I stumbled along was the most valuable part of the journey.

For all of you who’ve stumbled along with me (whether it’s for the whole five years, or just the last five minutes of bumbling through this post), thank-you so much for being part of this story. It’s been a true honor to craft it with you, and I can’t wait to see what plot twists are coming up…

Comments on The first 5 years of Offbeat Bride