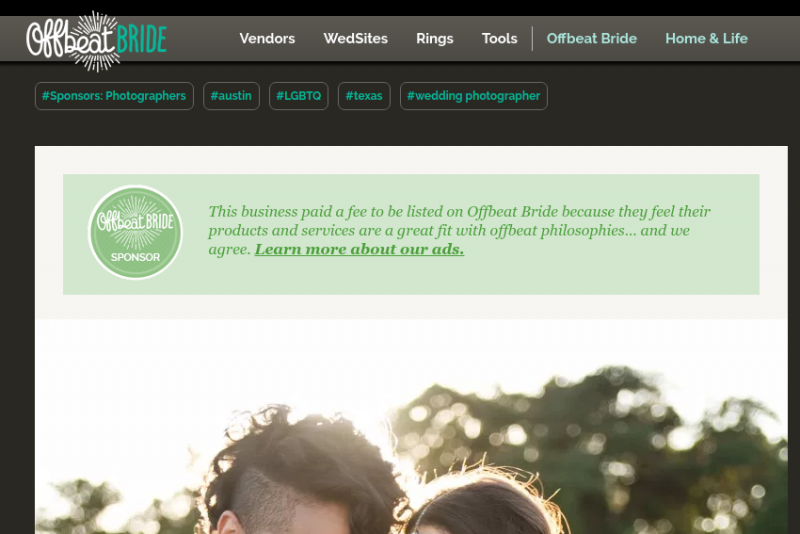 I’ve invested significant design and developer time/money into trying to be as transparent as possible about my monetized content. This means ensuring stuff like:

Despite these efforts, I still occasionally receive comments on sponsored posts that essentially say, “Hey wait a minute — this post is an ad!” to which I’ve responded “Um, yes. See at the top of the page where it says this post is an ad?”

I think we’re all so used to disruptive/obnoxious advertising that we automatically assume that if content doesn’t feel overly-aggressive, cheezy, or salesy, it’s somehow trying to pretend it’s not an ad. It’s a sad commentary: basically, my efforts to have less obnoxious advertising can be interpreted intentionally misleading readers… despite all my headers and disclaimers and in-line text mentions.

This is also a usability commentary on how little people actually, well, READ when they’re reading online. Oh, that header that says THIS IS AN AD? Oh yeah, I didn’t see it because I skimmed over that part. Apparently, if it’s not obnoxious, we skim.

It’s an ongoing balance: I don’t want my readers to feel mislead, but I also can’t compensate for people not reading the disclaimers I post all over my sponsored content. It’s an ongoing process (CLEARLY, yikes), and one I’m constantly tweaking.

Above all else, my goal is that the paid content on the Offbeat Empire feels genuinely USEFUL. My favorite is when a sponsored post is so interesting and relevant that the story gets picked up by a news outlet. That’s when I know things are working AWESOMELY.

Comments on Disclaimer for sponsored posts and other monetized content