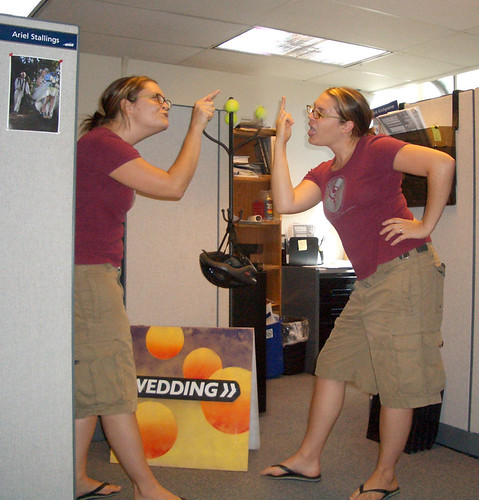 I spent over a decade toiling in the corporate marketing world before breaking out into small business ownership, but none of my gigs involved managing staff. I was usually a creative contributor, meaning I was focused on cranking out STUFF, not managing people. This means everything I’ve learned about management has been via trial and error, stumbling around and fucking up and trying to do better.

The biggest lesson I’ve learned is that, as a manager, I don’t do anyone any favors by not being a tough boss. I’m not a MEAN boss — I like to think the worst my staffers put up with is low-grade sexual harassment as the result of my foul sense of humor (this seems to be relatively consensual, so I don’t think it counts as true harassment, but you should ask my editors/mods if any of them are crying into their pillows at night).

So while I’m not a MEAN boss, I think most of my staffers will tell you that I am not an easy boss. My standards are probably higher than they should be given what I can pay, I’m online all the time and expect even my part-time staffers to be available all the time too, and when something isn’t done well… I’ve learned to be pretty blunt about my disappointment.

Of course my immediate goal as a manager is to get good results out of people, but my secondary goal is to give my staff bad-ass job skills that hopefully advances their careers in directions they want to go. Both these goals necessitate not dancing around it when someone’s failing. Not only do I do my own business goals a disservice when I put up with poor performance, but I see it as doing the staffer’s career development a disservice.

As a touchy-feely West Coaster, it’s difficult for me to confront people with negative feedback — heck, even giving constructive, pro-active feedback feels like I’m being “mean” sometimes. But I try to always give a clear idea of what and how the result could be improved, and I try to couch most negative feedback in the context of what’s working — this part is great, but this part is falling down. I really appreciated when you did this, but when you did that, I felt like you weren’t quite measuring up. 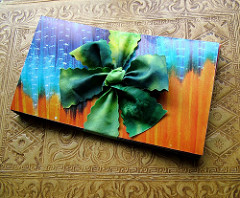 When it comes down to writing tough business emails, my best advice can boil down to three action items:

I used to not be this way, but sadly I learned the hard way that padding my feedback based on staffer’s feelings was a quick road to ruin. The first time I had to let someone go, I got feedback about a lot of confusion. I hadn’t been clear enough each time I was disappointed, so when I finally said, “Enough,” it felt like it came out of the blue.

Now I try to be very VERY clear every step of the way when I feel things sliding off the rails. It’s never easy letting someone go (I lose sleep and end up crying almost every time), but as I’ve learned to be more straightforward and honest with my negative/constructive feedback, it’s resulted in less confusion from staffers being let go. The last time I had to let a staffer go, the response was basically I get it. I wish I didn’t because then I could be all pissed off, but I understand completely. It still broke my heart, but at least there weren’t any confusions about what was happening or why.

I guess the moral of the story is that being a hard boss feels difficult and mean in the moment, but ultimately serves everyone better in the long run. Me and my delicate West Coastiness are still getting used to the idea.

Comments on The upside of being a hard boss