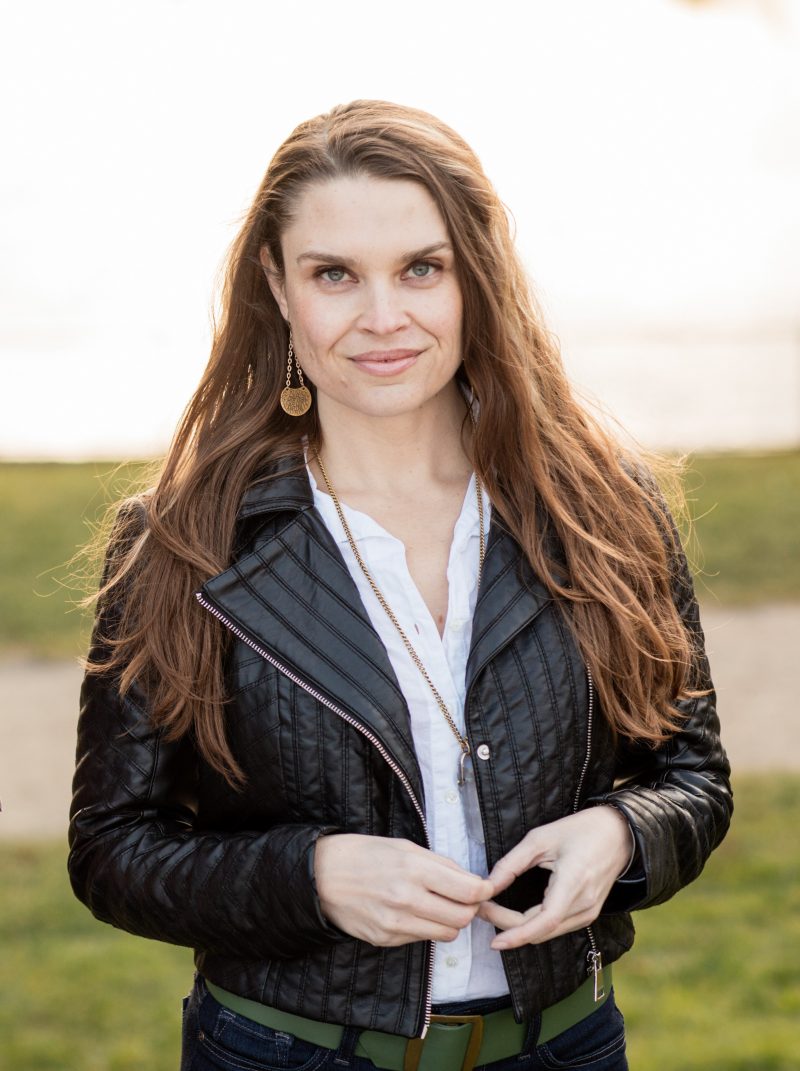 Are you there, internet? It’s me, Ariel. Founder of the Offbeat Empire, this here lil independent niche publication network that’s been doing its thing for almost 15 years.

I’ve been running the company leaner every year since 2015, and 2019 was the year I had to let my last two staffers go. The only upbeat thing I can say about having to lay off your last two people is that at least no one was surprised.

We all know the state of indie online media these days, and while saying goodbye to Catherine and Tiffany was heartbreaking (between the two of them, it’d been 13 years of working together!), that’s how a boostrapped business works: when there was no money left to pay them, layoffs were the only option.

Since the layoffs, I’ve kept my head down, working three jobs (my role as publisher, Catherine’s editorial work, and Tiffany’s sales gig), to see if I could manage it in a way that felt sustainable and healthy.

The answer was “Yes… but lots of things have to change.”

Offbeat Bride isn’t going anywhere. The site might not be the massive cultural juggernaut that it was in the early teens (aww, remember when I would publish a post on a Monday, completely confident that somehow the story would be on national television by Saturday?) but it’s still a valuable resource used by hundreds of thousands of people every month. It’s still a profitable business that supports many other profitable businesses. The advertisers I have still get great ROIs.

That said, now that the site’s revenue can only support one employee (…hi! 👋) and I can only do so much, there will be shifts:

Offbeat Bride will continue to be my job, but I’m having to be really thoughtful about how I allocate my time.

This is where the cuts will be deepest. The website will stay online, but will downshift to only a post or two a month, and just my writing. My thinking is that the site will mostly be a living archive, with a secondary strategy of funneling folks to my new book.

In coming months, I’ll be converting Offbeat Home’s social media properties like facebook.com/offbeathome and instagram.com/offbeathome over to my new ventures. More about that in a minute.

It’s crazy to think that Offbeat Home & Life has been online for NINE YEARS and has never really been all that profitable. My goal was to keep Offbeat Bride readers around after they got married, I never quite succeeded. After nine years, I’m calling it.

My third book, From Shitshow to Afterglow 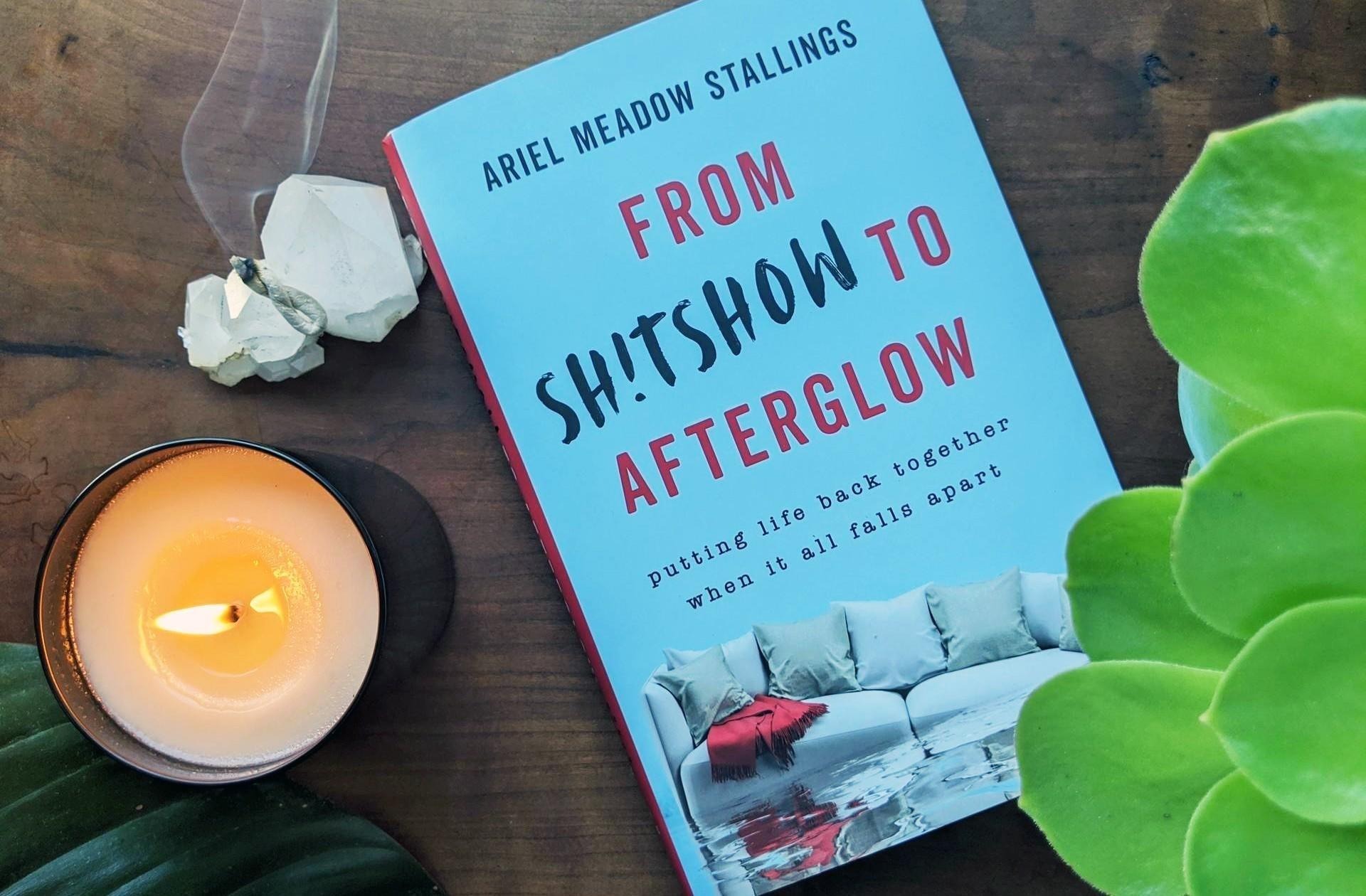 From Sh!tshow To Afterglow, published July 2020

The new book from Offbeat Bride author Ariel Meadow Stallings is here to hold your hand while you cry, and then help you put your... Read more

Last year I released two books (PROS BEFORE BROS, and the third edition of Offbeat Bride), and focused on writing, editing, revising, and proofing my third book — and it’s finally done!

In 2020, I’ll be focusing everything I’ve got on the release of that book, From Shitshow To Afterglow.

Shitshow will be published by Seal Press / Hachette, arriving in bookstores on summer solstice 2020. This spring I’ll be working on stuff like recording the audiobook, working with Hachette to frame up and execute the marketing plan. Then this summer I’ll be doing publicity, which will probably include at least one book event — for sure one in Seattle, and possibly one in San Francisco.

Even though it doesn’t come out until June, Shitshow is available for pre-order now!

Also, unproofed advance reader copies are available for journalists, podcasters, other media folks. If that’s you, email me.

My new venture, Find Your Afterglow (spoilers: it’s not a blog)

Lookit me, burying the lede!

I’ll be launching a new website in 2020 to support the release of Shitshow. The venture is called Find Your Afterglow and (get this) IT WILL NOT BE A BLOG.

Find Your Afterglow launches spring 2020, and here’s what I can tell you about it:

2020 for the Offbeat Empire is going to be about cutting back (Offbeat Home), maintaining (Offbeat Bride), and launching (Shitshow book, Afterglow biz).

I’m also trying to ensure that with all my projects, the process is the product — how I produce this work is as important as what I produce.

Every day, I try to sit in what a blessing it is to have had the opportunity to create conversations through this business for FIFTEEN YEARS. I’m over it with scarcity vibes and pageview chasing. If I can’t do this work with love, then I don’t want to do it. Go gratitude or go home, folks.

The way I see it, this is all just the universe in conversation with itself. Even as the topics shift, and the platforms evolve, and the staff have to get laid off, the conversation just keeps happening… and I love that momentum so much.

Thank you for being a part of it!

Comments on 2020 State of the Empire