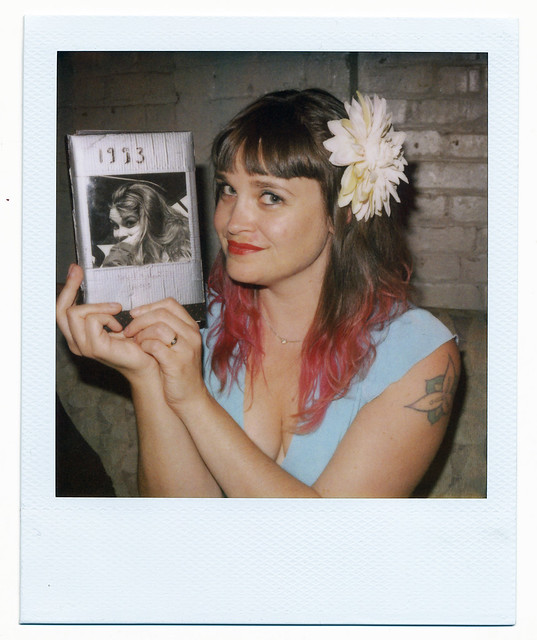 So, today’s my 37th birthday. I celebrated last night by doing a reading at the Salon of Shame from my 1993 diary, about losing my virginity in a turqouise lace bra & panty set from Fredrick’s of Hollywood. (Keepin’ it classy!) As I was flipping through the diary, I stumbled across this little cartoon that I drew almost 20 years ago: 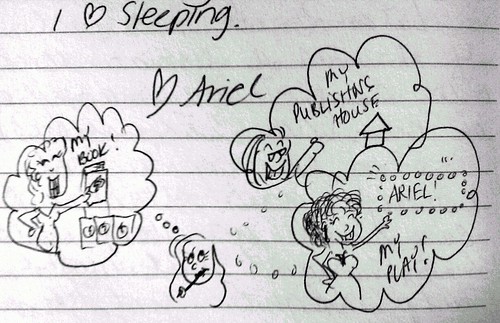 If you count the Salon of Shame as a play (which it’s not, but “chronically sold-out comedy reading series that involves a stage” is close enough for me!) then it’s THREE FOR THREE on 37-year-old Ariel having achieved 17-year-old Ariel’s goals.

As I’ve written about before, it’s interesting to me that of all of these, being a publisher is the most rewarding for me. The Ariel Show and The Ariel Book just aren’t as gratifying as helping writers reach million of readers!

It’s something I’ll be prodding at even more this fall, when Stephanie and I are going to team up to publish an Offbeat Mama anthology book. Nothing fancy, but I’m really curious about self-publishing — since I’ve already got the publicity thing covered in-house, there’s no need to go through a traditional publisher. Offbeat Empire LLC can publish AND market that shit. Exciting!

But I’m also starting to wonder: if at 37, I’ve fully achieved the goals I set out for myself at 17, what goals should I set to achieve at 57?