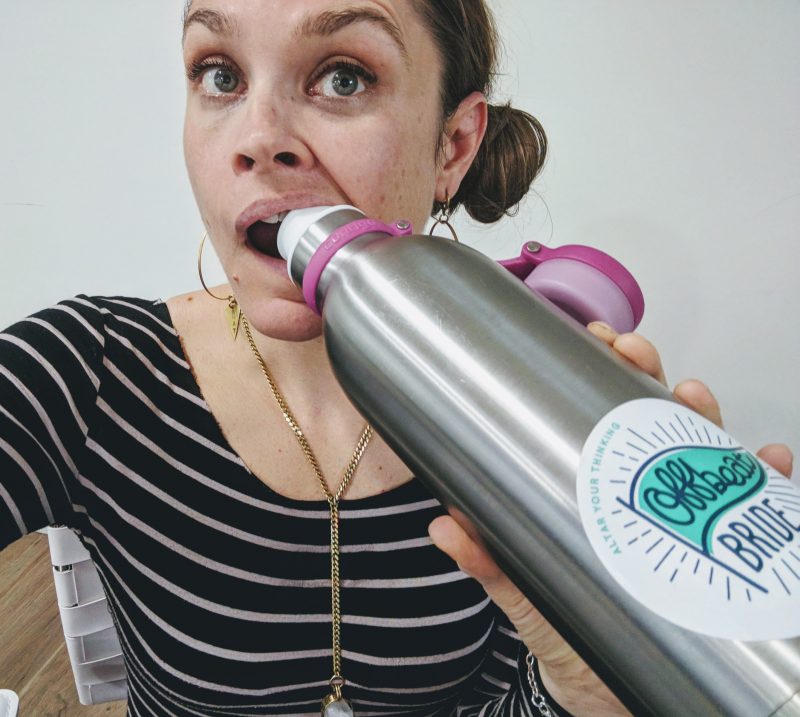 Oh hello there, friends. It’s been a while. January 2018 marked the 11th anniversary of the Offbeat Empire, and — first, ok let’s just acknowledge that that’s a long-ass time for a digital media company to be around! Big snaps to everyone who’s been a part of this company and its growth for the last 11 years. In the interest of transparency, I figured I’d share a bit about where the business is at, and some thoughts about what might be on the horizon for both the Empire and its founder. Let’s see if I can wrap my head (or at least my mouth) around everything we’ve got on the table right now…

This year continues an ongoing trend of running the Empire super lean. Looking back, I can see that my maturation as a small business owner went from taking a lot of pride in how much I could push the company to make it grow, grow, grow. Now I’m really proud of the sustainability of running a website with an enthusiastic and loyal fan base for over a decade to make it stay, stay, stay. Incredibly successful websites have been founded, flourished, fumbled, and failed in the time that the Offbeat Empire has been chugging along. The fact that we’re surviving the Psychotic Media Bloodbath of 2018 (and even thriving, thanks to a lot of diligence around processes) is my favorite feather in my cap.

The company staff includes me and a team of three: Catherine (editor), Tiffany (sales manager), Kellbot (web dev). We’ve all worked together for years, which means our processes are smooth like buttah. Several former staffers still lurk Slack because, well, we like each other. The Empire has always been more than a business, and my staff is the ultimate expression of that.

One of the things that came up for me as part of the recent #metoo movement was a lot of self reflection about whether, as a person in a position of power, I had ever abused that power. I mean, abuses of power aren’t just about men. Y’all heard about the CEO of Thinx, right? I like to think I’m a respectful, empowering, and reliable boss, but I can look back and recognize the places where I haven’t behaved well, and I’ve spoken to my staff a lot about recognizing that personal/professional boundaries haven’t always been great at the Empire. I’m working on it.

Oh, ONWARD. I’ve been talking to agents and publishers about my second book. Turns out that the publishing industry is not quite sure what to do with a divorce recovery book if it’s not written by a celebrity, or structured as how-to like my first book, Offbeat Bride: Creative Alternatives for Independent Brides. ONWARD: From Offbeat Wife To The Rest of Life is straight memoir. I don’t offer advice because wtf do I know? I know what worked for me, but I would never presume that the same things that helped me heal would work for others. My goal with this book is say “I did these weird things and they helped. You should figure out what your weird things are, and see if they help.” It’s meant to be an empowering, inspiring story about how you can rebuild a life after loss. I feel awesome about it!

Everything in book publishing moves at a glacial pace so I can’t tell you any specifics about a launch date and that makes my trigger finger itch. I get emails weekly from readers going through divorces, and a couple times I’ve just sent people links to the Google Drive folder that holds the completed 80k-word draft of the book. This made me consider doing a beta-reader program to let a small handful of folks read the first draft of the book, and let me know what they think.

A couple months back, I mentioned I was working away on trying to sell my second book, ONWARD. The first draft of the book was completed, but a series of…

Pros Before Bros: My third book

With the Empire running relatively smoothly, I’ve taken the opportunity to branch out creatively in the form of my third book, which is called Pros Before Bros. I’m not even bothering shopping this one around, because it’s way too short, way too weird, way too personal.

Comments on State of the Empire, 2018