As y’all know, with a readership as large as the Offbeat Empire’s, we get a fair number of reader complaints.

Last week, we got a couple different reader complaints that were super valid, and I wanted to take a minute to share what I learned.

I got an email last week from a reader named Etalia about this post that Megan wrote: Supporting marriage equality through language on the Offbeat Empire.

In that post, Megan was trying to convey how lucky she is that she works in an “offbeat bubble,” where stuff like gender-neutral and non-heteronormative language is the default.

Unfortunately, due to some word choices, she missed the mark a bit.

Saying that the Offbeat Bride bubble is completely safe and inclusive is like saying racism does not exist either. I am Caucasian. I have racial privilege. I try very hard to examine this privilege and understand what it means to live a life of opportunity and relative ease solely because of my skin color. I live in a rather progressive city and work in the performing arts industry (arguably the most progressive and liberal of professions) but I would never say that it’s so wonderful to live in a bubble where racism and racial privilege do not exist. They always exist because they exist in the world we live in. Only privilege exists in a bubble.

If you don’t have to think about it, you are privileged. Privilege is not a bad word. It is a reminder.

(You can read more of Etalia’s thoughtful critique on her blog.) 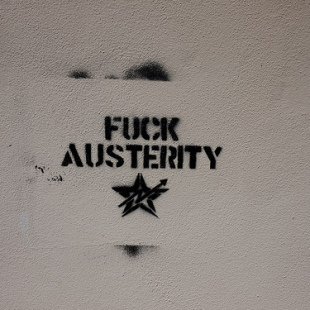 Cursing as celebration: why and how we swear on the Offbeat Empire

This issue has come up for years -- does anyone remember "Motherfuckergate" back in 2011? -- and our response is generally the same: foul language... Read more

This criticism was spot-on. While the point Megan was trying to make was valid, the way the post was framed inadvertently conveyed, “Since we use non-shitty language on Offbeat Bride, I get to forget how much people elsewhere suck!” Well, lots of folks don’t get to forget. Etalia and I traded several emails, and I let her know that Megan and I had worked together to revise, with language like:

I also encouraged Etalia to submit a guestpost for Offbeat Bride, because she had some amazing perspectives to share — perspectives I want more of on the site. This exchange was a great example of reader complaints being awesome: a reader got heard, Megan and I got to shift our thinking, an old post got improved, and maybe we’ll even get a great guestpost out of it. Yay!

On Twitter, someone mocked a post I wrote about dreadlocks in 2008 for only featuring only a few people of color. I hadn’t looked at that post in six years, and I barely even remembered writing it. Clicking through, I was immediately like, “Oh, fuck me. This is a terrible post.”

When I wrote the post way back when, I knew that the Offbeat Bride Tribe member asking the question was white, so I catered my answer mostly to white girl dreadlocks. That wasn’t explained in the post, however, and even if it had been? Honestly, it’s fucked up to have a post titled “How to style your dreads on your wedding day” feature mostly women with finely-textured hair.

I responded to the tweets, agreeing that the post was terrible and would be updated it to better reflect the amazing styles we’ve featured in Offbeat Bride’s natural hair archives.

Interestingly, the folks who’d complained seemed irritated by the fact that I responded. They hadn’t @replied Offbeat Bride — they were doing what’s known as “subtweeting” — and made it very clear that they didn’t want to talk to me, or hear my response to their critique. My twitter account was blocked, and there was an extensive subtweeted thread about how much people hate it when brands respond to tweets about them.

Two years ago, I got an email in response to a post I wrote on Offbeat Home, I got over my liberal guilt and got... Read more

I wondered to myself, “…But don’t people want to know when their criticism is taken seriously, and changes are made based on that feedback?” and then the answer is clearly “No, not when you’re not invited into the discussion.” Duly noted!

I still consider this exchange a success: a really poorly-written old post was updated based on valid feedback, and I learned a valuable lesson about not interjecting myself into conversations where my presence hasn’t been requested. I’m not being facetious here: there are entire corners of the internet dedicated to dissecting bloggers, and the folks enjoying those corners of the internet generally do not want the bloggers being dissected to show up and get involved in the discussion. I respect that line.

Y’all know that if you ever want to talk to me directly with concerns about any of the sites, you can always get in touch with me via Offbeat Empire. I love hearing from readers, even (or maybe especially?) when we don’t agree.

Comments on Reader complaints that taught me things