I have this thing I say to editors when they forward me the 10th (or 20th, or 30th…) shitty comment on a given post: Clean it up, shut it down. 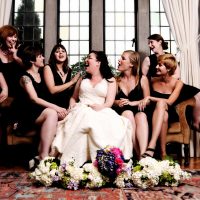 The comment policies across all Empire sites are very clear: we remove all comments that are shitty. As Wil Wheaton says, “It’s ok to not like this — just don’t be a dick about it.” Basically, if you ARE a dick about it, your comment gets remove — even if we personally agree with it. (Those are the WORST comments to delete, because inevitably someone complains that we remove comments just because we disagree — which is sooooo not the case. It’s just this simple: we value constructive dialog. It makes me sad that people don’t know how to be constructive, especially when they’re presenting a perspective I agree with!)

On certain kinds of posts, my editors can get a serious work-out keeping up with shitty comments. After 20 years of participating in online discussions [side note: HOLY SHIT IT REALLY HAS BEEN THAT LONG], I’m pretty good at predicting when a post is going to be controversial, and we make a point to schedule those posts for days when that site’s editor can be watching comments like a hawk.

Even so, when the amount of editor time expended removing crappy comments overwhelms the value of constructive, respectful comments coming in, that’s when comments get shut down.

It’s hard: of course we want to let conversations run their course, but the reality is this: I don’t pay my editors enough to stay up all night watching comments roll in. And on some of our more incendiary posts? That’s what they’d have to do — or else deal with the agony of waking up in the morning to dozens of spiteful, argumentative, judgmental, shitty rants back and forth. At a certain point, it’s just not worth it any more. When the number of shitty comments outnumber the constructive comments 2:1, that’s when we shut comments down. At that point, readers are welcome to take their opinions to Twitter, to their Facebook pages, or to their blogs — we no longer have the editor resources to keep up with ensuring the comments adhere to our policies.

Here’s the deal: We strive to cover pop culture with intelligence and wit–note: “strive”–and assume that that’s what brought you here in the first place. It’s our obligation to make sure the site reflects that goal, and abusive / offensive / obscene posts just don’t contribute to that. These are the posts we delete, and we reserve the right to define those terms however we see fit.

Past deletions have prompted charges of censorship. Let’s define some terms: If we attempted to pass a law preventing you from saying something terrible, that would be censorship. If you showed up in our living room attempting to say the same thing, we’d have the right to throw you out.

[From Why we delete comments. (And how you can make us stop.)]

Ultimately, the Empire’s commenting policies and moderation practices are a big part of the brand — but so is the sanity of my editors. While I know some readers don’t like it when comment threads get shut down, ultimately I have to balance the value of civil, constructive discourse with the value of my underpaid editors being able to get some sleep and not cry over their smartphones. I like to think that, no matter how much we love making our opinions heard, the emotional well-being of the people who produce the sites matters, too.

Comments on Clean it up, shut it down: how we know it’s time to close comments on a post