Last week, Offbeat Home & Life’s Facebook page shared a post from 2011 about Mormon mommy blogs. This post was originally written for Offbeat Families (then known as Offbeat Mama), and honestly, it really wasn’t an especially interesting post. It was an excerpt and link to an article the editor had enjoyed, with an invitation for readers to discuss the piece.

What WAS interesting, however, was the response to the post on Facebook. Offbeat Home & Life’s followers HATED IT. They complained about the title. They complained that it was clickbait, which is especially funny because the current concept and format of “clickbait” didn’t exist when the post was originally written. They complained that all Offbeat Home’s recent posts were flimsy (again, a little funny since this post is 4+ years old). Some of the complaints were legitimate (I tweaked the post’s title in response), and some of them were silly.

Simply put, it was a complete pile-on.

It was also great for both our Facebook engagement and for Offbeat Home’s traffic.

After some of the initial waves of commenting had died down, someone observed: “A lot of venom on the post thread. 🙁 Petty.”

I felt the need to respond:

It might reassure you to know that, thanks to how Facebook’s cynical algorithms work, the amount of venom on this post has a silver lining: it boosts our Facebook page’s engagement, ensuring that more people will be shown our future posts, which they may or may not like better. 🙂

That’s the weird thing about living in an attention economy: negative attention is still attention, and as far as the Facebook algorithm is concerned, comments get rewarded with more people seeing the post.

We hope everyone understands that if you REALLY don’t like a Facebook page, you should ignore it. If you engage with content by commenting on it, you are telling Facebook to reward that content and its publisher. (Which… thanks! 🙂 We appreciate your support!) 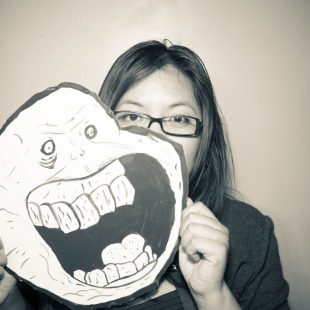 Hate-reads and how for-profit sites work

Let's say you don't like an ad-supported website. I mean, REALLY dislike it so much that you feel compelled to regularly read it, but also... Read more

Really, this is just the next level of that old Hate Reads post I wrote back in 2012… Facebook just takes it to the next level, by LITERALLY rewarding negative comments by increasing the reach of the content. It’s not just an issue of pageviews and ad dollars… it’s quite literally “more negative comments on this post” = “more people seeing this post in their news feeds right now.”

This is just how the Facebook algorithm works, and it’s part of why I’ve been unable to use Facebook socially since 2011. Once you see how the sausage is made, it can’t be unseen.