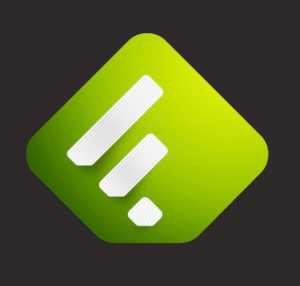 A few weeks ago, Google announced that they were shutting down Google Reader, the tool used by thousands of Offbeat Empire readers to follow our RSS feeds. I had some super strong feels when the announcement was made, because I’ve been personally using Google Reader pretty much daily since it launched 8 years ago. For those of us who digest a LOT of information online, RSS is an awesome method, and Google Reader was the best tool.

Most of you have no idea what I’m talking about, and that’s totally fine. RSS never really caught on, and most Offbeat Empire readers use Facebook as their way to follow along when our new posts go up. As a nerd, this makes me a little sad because Facebook is terribly unreliable as a feed reader, but whatever: people will use the tools that work for them, and for the vast majority of our readers, RSS is not what works for them. (If you’d like to try RSS though, this video is the perfect introduction.)

For those of you who DO use and love RSS, however, the announcement about Google Reader shutting down in a few months was rough. And again, while it was sad for me personally, it was mostly a theoretical sadness because honestly? I’d already switched to a new RSS reader a few months ago: Feedly.

In the weeks since the Google Reader shut-down announcement, Feedly has totally emerged as the front-runner replacement, which totally makes sense to me. It’s way prettier than Google Reader ever was, set-up is a breeze because it automatically slurps up your Google Reader subscriptions, and it’s got stellar mobile apps for both Android and iOS phones.

How do I know Feedly is the frontrunner? Well, I can see it in the web stats for the Empire. Here are my analytics showing the number of referrers coming from Feedly since the Google Reader announcement:

Yep! That tells me that a lot of you Google Reader refugees are already using Feedly, which is awesome.

Among web publishers, there’s some concern that the death of Google Reader will mean a big drop in traffic, but I have to say that I’m not worried about it. RSS use among my readership is a relatively small, committed crew — of 600,000 monthly readers, less than 10,000 of you subscribe to our RSS feeds. If you’re nerdy and committed enough to already be using RSS to follow us, I figure that you’re likely going to be nerdy and committed enough to keep following us via Feedly or another tool.

All this is to say that while I’m personally sad about Google shutting down Reader, I’ve already found my replacement, and I’m not really worried about it from a business perspective. Fellow RSS nerds, I salute you!