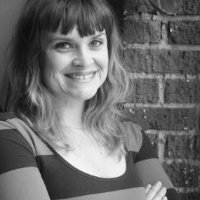 Over on the Skimlinks blog, they just published an interview they did with me about growing your blog, monetization, content management, and the future of the Empire.

With their permission, I’m sharing it here:

Ariel Meadow Stallings started her blog as a tool to promote her book, Offbeat Bride. Six years later, Ariel now oversees Offbeat Bride, Offbeat Families, and Offbeat Home as part of her business, the Offbeat Empire. We discovered her when she signed up to use Skimlinks; smart blogger! How did she get from book writing bride to blogging jedi master? We caught up with Ariel to learn more about growing your blog, finding your voice, and sustaining your sites.

“Marketing your ongoing life story and personality as a product is not an easy game to play.”

At what point did you decide that the blog was going beyond a promotional tool for the book?

Offbeat Bride: Creative Alternatives for Independent Brides and offbeatbride.com both launched in January 2007. After six months, based on a combination of book sales (pretty lackluster), website traffic (strong, and growing every month), and reader feedback (super engaged with the website, lots of excuses about why they weren’t buying the book), I switched my business model from “sell books” to “sell advertising.” Here’s what I wrote about the shift at the time. 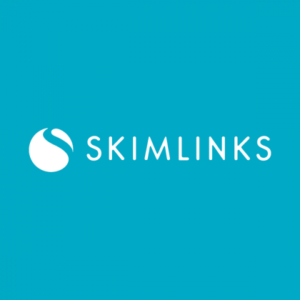 Skimlinks: what it is, and how it makes us money

I've mentioned before that the Empire uses a service called Skimlinks to help monetize our content. Here's how it works.

How did you grow traffic to your site?

Growth was completely organic. Although I made a point to have literal titles and search-engine friendly permalinks, I didn’t do any special marketing or advertising to grow traffic. Granted, I do have a background in marketing, so I have a lot of practice with using social media platforms effectively, but I don’t believe in magic bullets or SEO shenanigans. I’m old fashioned in that I believe in the power of consistently producing unique quality content. As The Atlantic recently said: “We do not control the distribution of our work. Period. It’s horrible and bizarre and it is also the way that the media world works now. You can’t push; the content has to pull.”

Once you had a solid audience on Offbeat Bride, how did they respond to your other blogs? Do they share much of the same audience?

Offbeat Bride launched in January of 2007, Offbeat Mama (now Offbeat Families) launched September of 2009, and Offbeat Home launched in February of 2011. Between the sites, they now have a combined readership of about 600,000 monthly readers. Although the Offbeat Empire are designed to be complimentary and many folks definitely graduate from reading one to reading another as they move through their own phases of life, each site has a really different market and a really different business model.

Offbeat Bride is the flagship, with an enormous readership — with the vast majority of whom are just lurking and quietly collecting inspiration. Offbeat Families and Offbeat Home have much smaller readerships, with Offbeat Families being much more contentious (oh my lord, moderating comments over there is hard) and Offbeat Home having the most active comments (which is interesting, considering it has the smallest traffic). I assumed Offbeat Bride’s business model would translate easily to the other sites — but that definitely has not been the case.

What is it that, you think, draws an audience and keeps them engaged to your site?

An accessible voice, engaging content they don’t see anywhere else, empowering and supportive staff, a community dedicated to inclusivity, and an aggressively enforced “no drama” commenting policy.

At what point did you decide to monetize and what was that journey like?

Offbeat Bride was monetized after six months, initially with direct-sold sponsored posts. In 2009, I started doing affiliate posts curating collections of weird wedding shoes, at first feeling kind of sheepish — my readership tends towards the more DIY end of the spectrum, and I worried that doing posts dedicated to shoe shopping would feel overly commercialized. Instead, readers immediately loved the posts, and I’ve done them almost weekly ever since. Although a significant portion of Offbeat Bride’s revenue is now based on affiliate partnerships, the vast majority of the site’s profit remains direct sold ads — sponsored posts, banners, and listings in our wedding vendor directory.

I assumed that Offbeat Families and Offbeat Home would have similar businesses models, but they’re competely different. Both sites have very few direct-sold ads, and so a much larger portion of their business comes from affiliate partnerships and third-party ad platforms. Despite this, the two sites combined still make less than a forth of Offbeat Bride’s revenue. Basically, affiliate programs and third-party ad platforms are the only way Offbeat Home and Offbeat Families are able to afford their operating costs and stay online.

For the most part, my readers have been understanding of my monetization process, I think in large part because I’ve been clear since the very beginning that the sites are part of a for-profit business. Unlike many bloggers who make the shift from blogging as a hobby to blogging for profit, I’ve been clear since Day 1 that all the Offbeat Empire’s blogs are commercial entities. This has protected me from the accusations of “selling out” that can plague many hobbyist bloggers who make the leap to blogging for profit.

That said, my niche market comes with unique challenges — since I market my sites as an alternative to the mainstream options for wedding planning, parenting, and home decor, I have to work hard to ensure that all third-party ad platforms are heavily filtered not to conflict with my content or my readers’ sensitivities. My brand is supportive, body-positive, and inclusive, which means I have to make sure stuff like weight loss ads never ever (EVER) appear on my sites. I totally respect that there’s a whole industry out there for fitness and healthy weight loss, but it doesn’t fit with my monetization strategy or brand voice.

How do you manage to stay on top of content management?

I have a staff of three editors plus an intern who do the content writing and producing, and then a committed developer who keeps the WordPress gears moving. These b**ches are amazing and I literally could not run the Offbeat Empire without them. They all work remotely, and my biggest sadness is that I don’t get to spend more face-to-face time with them because my staff is full of hilarious and awesome people.

How do you maintain your voice with multiple contributors? Was it a hard decision to bring in other people?

The decision to bring on additional editors actually wasn’t as difficult as you might think. Blogging can be a lonely, isolating business and at a certain point I needed the commiseration and company as much as I needed the help. Working online and doing community management can make you a misanthrope pretty quickly, so it was actually really important for me to bring in some additional brains to help share the work AND help keep me from going crazy.

What do you forsee for the future of the Offbeat Empire? Blogging in general?

While I don’t have any plans to launch additional Offbeat sites, I’m exploring ways to expand the business that each site does. I’m considering options like Offbeat Bride events, and Offbeat Families book, and a forum for Offbeat Home.

As for blogging in general? We’re on the verge of an interesting shift, I think. With Tumblr and Pinterest, I see more of a move toward curation instead of content production. While I remain committed to producing original content, I’m seeing a real shift in how people are using it and how the posts spread.

And with everyone using their phones more than their computers, I’m also seeing the ways that even having a mobile-friendly website isn’t enough of a mobile strategy. I’m struggling to keep ahead of the curve on the shift toward mobile browsing and apps.

What advice do you wish you knew when you started?

I wish I could say it was an intentional business decision to launch the Offbeat Empire blog brand as a separate entity from Brand Ariel Meadow Stallings™… but it wasn’t. It was strictly dumb luck, but it’s saved me a huge amount of grief.

When I look at writers whose businesses models are extensions of their personal blogs and personal stories, I see lots of challenges. Marketing your ongoing life story and personality as a product is not an easy game to play. When does writing feel exploitative? What are your boundaries about what you keep to yourself? How exhausting it is to market a brand where, when you “fail” (i.e, people don’t like the brand), it’s basically attached to you as a person? How do the pro-mommy bloggers and cult-of-personality blog-divas stay sane? I have no idea. NONE. I have profound respect for what people do in the face of never-ending personal attacks, because I would kill myself in about a day.

What do people need to know about doing this full time?

I love my job hard, but oh my god you need to have some major personal boundaries to be a self-employed blogger. It’s too easy to work 60 hours a week in your pajamas, never leaving your house and getting sucked into the vortex of online drama. For me, finding a good coworking space was crucial. Two days a week, I work outside at a Seattle coworking space called Office Nomads, and it’s the only way being self-employed and working online has felt sustainable. It’s critically important for me to get outside the house and be working around other people.

Also, I suggest that those wishing to make the leap to professional blogging find two important people as soon as possible: a good accountant, and a good lawyer. You’ll need both.

Special thanks to Ariel Meadow Stallings for taking the time to chat with us. Check out her book, Offbeat Bride, and her network of blogs;

Comments on From Blog to Empire: An Interview with Ariel Meadow Stallings