Our 2012 reader survey closed late last night, and it looks like about 3200 of you responded. Before I get into anything else, let me just say THANK YOU to each and every one of you who took a few minutes to take the survey. Since all the Offbeat Empire sites are very much community-driven, it’s important to me to make sure I have a solid feel of who y’all are and what you’re looking for. We can’t always provide it, but I like to know!

Obviously, there’s a huge amount of data to sit with and consider, but I did want to share some of the overview demographics revealed by the survey. 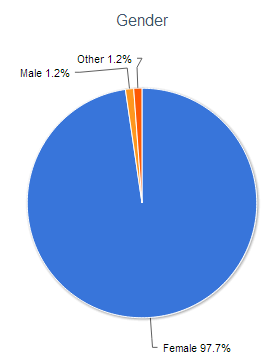 As in years past, the overwhelming majority of the Empire’s readers are women, with only 2.5% identifying as Male or Other. I’m fine with this. While we aim to make the sites as inclusive and welcoming as possible, ultimately I’ve always been clear that the Offbeat Empire primarily produces women’s publications. I’m all for everyone who’s interested reading and hopefully feeling included (hence the Offbeat Families rebrand!), but I’m also fine with the fact that we are what we are: a network of publications catered to women. These numbers were relatively consistent across all the sites, even Offbeat Empire and Offbeat Home — which both have always had completely non-gendered content. 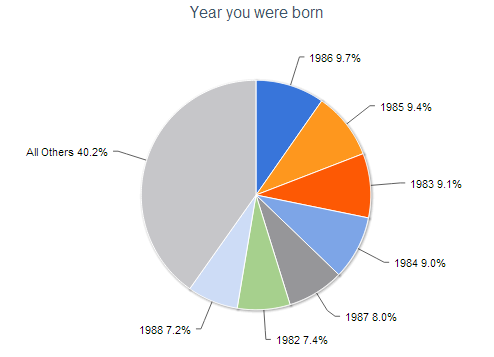 The age of the average Offbeat Empire reader is about 28, with almost two thirds of you in the window between 24-29. Offbeat Families readers skew the tiniest bit older and Offbeat Brides skew a bit younger, but the differences are very small and hardly significant. Basically, across all the sites the majority of readers are in their mid- to late-20s. This means that at 37, I’m officially about a decade older than most of you, which means I definitely need to keep including the cultural context links when I talk about something that was on TV the year most of ya’ll were born. 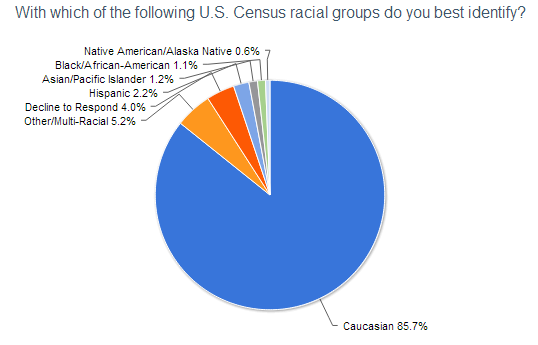 Yep: most of y’all are white, with 10% identifying as not-Caucasian or mixed (and 4% of you declining to answer). I got some written feedback from a mixed-race reader that they wished the could check all their cultural boxes instead of just having to choose “mixed,” but that would make the data incredibly difficult for me to parse, and realistically I’m not the census… I’m just trying to ensure that we’re making solid efforts to have the sites’ posts represent the racial, ethnic, and cultural diversity of our readership. My goal as publisher is that the rate of non-Caucasian content at LEAST matches the level of non-Caucasian readers… so my editors and I should be always working toward at least 15% of each week’s posts having a non-Caucasian focus. We’re actually close to meeting this goal on Offbeat Bride, but Offbeat Families and Offbeat Homes have a ways to go.

I've talked a LOT about my conflicted feelings about Facebook, but things have changed over the course of this year as I've been shifting my... Read more 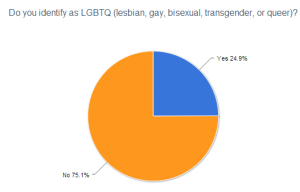 Across the Empire, almost exactly one quarter of you identify as lesbian, gay, bisexual, transgender, or queer. This percentage is up from years past, when we’ve hovered at around 20% LGBTQ readers. As a resident of Washington State (where gay marriage equality just became legal a couple weeks ago) I like to think that the increase reflects the increasing number of states where same-sex marriage is legal.

My theory might not hold water, however: the Offbeat Empire site that has the highest percentage of LGBTQ-identified readers is actually Offbeat Families, with 27%. As the mother of a kid with four lesbian grandmas, I am pleased as punch about this.

Also, not only are we totally nailing matching our representation of LGBTQ in our content, we’re exceeding it — there are some weeks where fully 30% of the weddings we feature on Offbeat Bride are LGBTQ. 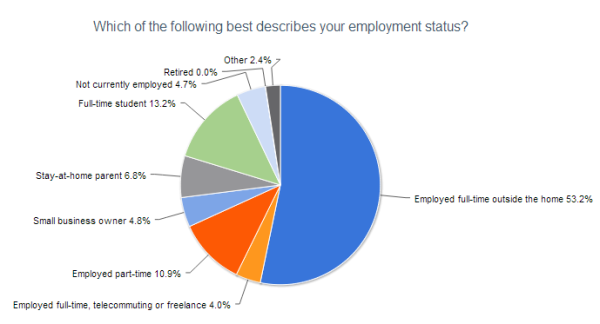 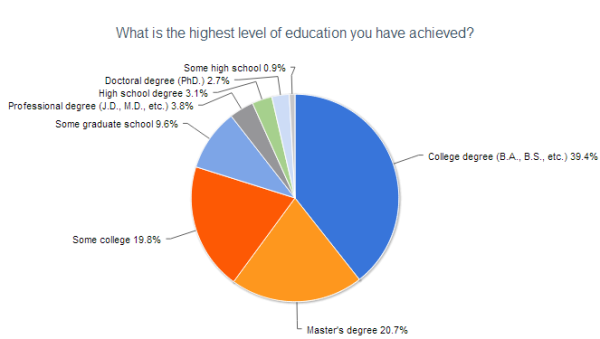 This is the stuff that interests me the least, personally. I ask these questions because it’s information that advertisers always want, but the results aren’t especially surprising or remarkable to me. 53% of Empire readers are employed full-time, 40% of you have an undergraduate degree, 13% of you are full-time academics, 20% of you have Master’s degrees, bla bla bla. For the most part, y’all are educated and busy.

That said, I also got a lot of quibbles from readers about these questions, with several complaints about how the categories didn’t convey people’s specific situations. To this I say, HOORAY FOR THE “OTHER” OPTION! Given how little I personally care about this info, and how frustrated some readers were by having to check “other,” I may not even ask these questions next year. 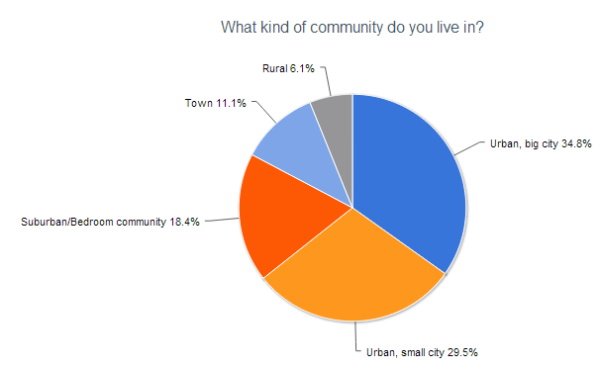 Two-thirds of y’all are urban, which is no surprise to me. That said, this is one of those questions where there were big differences depending on the site. Offbeat Empire readers are way more likely to be urban, with 40% of you residing in big cities. Interestingly, it’s NOT Offbeat Families readers who are the most likely to be suburban — it’s actually Offbeat Home that has the highest percentage of Suburban readers, at 19%.

Now, in terms WHERE y’all live, I got one outraged email from a reader:

At no point did you ask what country I am from. I would have thought, seeing as how many of your readers come from outside the US, that you would have been interested in getting more data on the percentages of your foreign readers.

Put down your pitchfork, sweet friend. I don’t ask about reader location on the survey because I already know! Google Analytics gives me obsessive information about exactly where readers are located, what browsers and computers they use, what size their monitors are, and other creepy details like that. Here’s a quick peek at Offbeat Bride’s stats, which are pretty indicative for the whole Empire: 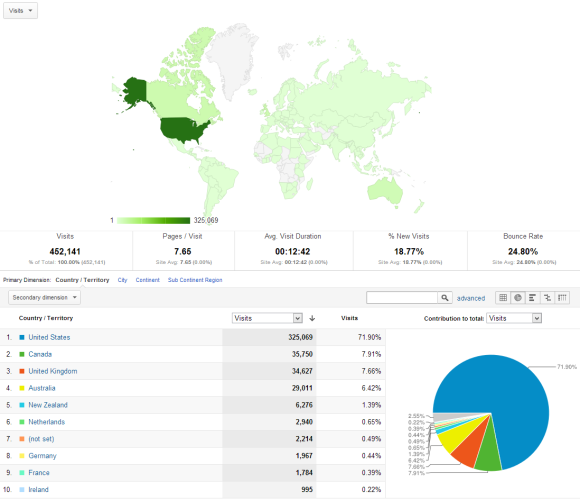 OMG SO MUCH MOAR DATA

Ok, so that’s the very basic overview of the data that came in. I need to sit with the data more before I can answer questions like:

PS: For those of you who didn’t get a chance to take the survey, I hope you know that you don’t need a survey as an excuse to give us your feedback on any of the sites. My digital door is always open to your thoughts, suggestions, and questions.