The most common question I receive about Offbeat Families is WHERE IS THE FORUM!? We get the question every once and a while on Offbeat Home, but with Offbeat Families it’s a weekly issue — a parenting website without a forum!? HOW IS THIS EVEN POSSIBLE?!

I’ve addressed the issue on the site’s FAQ, but I’m not sure many people see it, so I’ll reproduce it here:

Where’s the forum!?
One of the most frequent questions about Offbeat Families why there isn’t a forum/online community like the Offbeat Bride Tribe. Unfortunately, in my many years online, I’ve yet to see a parenting forum that didn’t eventually devolve into angry debates, bullshit, and flame wars. We simply don’t have the resources to moderate a forum — we’re too busy producing this website, and mamas ain’t got no time for drama! So, there are no plans to start an Offbeat Families forum (ever) but you are welcome to submit a question to us for our “I’ve Got A Question!” advice posts.

When we relaunched the new Offbeat Bride Tribe last year, I did stop to wonder for a couple minutes — maybe we could maybe have a non-Ning forum on Offbeat Families! The new Tribe tools allow us to have monetized options, so we could charge for access to certain parts of a Families Tribe, to help cover the enormous moderation resources that the site would devour.

But then a couple conversation threads happened on Offbeat Families’ Facebook page that reminded me, NOPE: NEVER. NEVER EVER.

1. Rubbernecking the DRAMAZ
We recently syndicated a blog post from a mommyblogger who, it turned out, is infamous for high drama and values that don’t fit with Offbeat Families’ mission. Stephanie and I had no idea because, well, we don’t follow mommyblogger drama, but as soon as we were aware of the situation, the post was quietly taken down.

Well, “quietly” wasn’t going to cut it, apparently. The outrage continued (tweets about how we’d “sold out” and “gone to the darkside”) so I felt the need to post on Facebook acknowledging that yes, a post had been removed. Immediately, a chorus of “OOH DRAMA!? WHAT HAPPENED?! WHAT DID THE AUTHOR DO!? TELL ME MORE!!!” came up, and I had to get all public relations and say “Sorry, guys: we’re not commenting on the issue any further. The writer wasn’t a good fit with our values, so the post was removed. Nothing to see here; move along!” You could practically hear the disappointment as everyone reluctantly put down their pitchforks and wandered off to find something else to do. 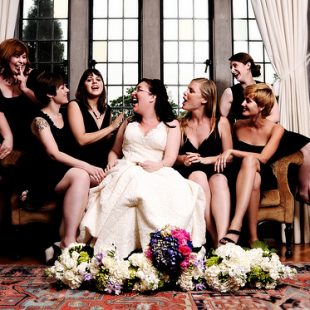 It wasn’t until I read a New York Times article about a psychology concept called “co-rumination” that I finally had a word to attach to... Read more

2. Every discussion turns to bitching about other people
Stephanie recently posted a Facebook question, asking parents to chime in with the silly things they say to other parents and immediately regret. Within a couple comments, the discussion turned from “I said this stupid thing” to “Someone else said this stupid thing and it pissed me off!” I watched Stephanie try to refocus the conversation on silly things YOU’D said (not shit other people said) but it’s less interesting to talk about that — it’s more fun to document grievances with others.

This negativity is something I see on all three sites, but nowhere is the siren song of bitching as sweet as it is for Offbeat Families readers. Parenting’s inherent combination of hard work + sleep dep + life-and-death decisions = MAJOR NEGATORY ACTIVITY.

Now, I don’t want to indict anyone who participated in either of these discussions — there’s nothing wrong with the responses that came up. I don’t mean for this to sound like anyone did anything that they shouldn’t. The responses we got on Facebook were perfectly understandable and predictable: Everyone likes gossip and drama, and everyone likes commiserating. That’s just human nature (or at least, internet nature).

The issue isn’t that the conversation shouldn’t have gone that way — but rather that, since I know as publisher that conversations about parenting always DO go that way, I can choose to not to host or participate in those conversations.

From a business perspective, I’m shooting myself in the foot here: if my business model for a Families forum was based on CPM ads (which pay per pageview), then drama would be actually really good for my bottom line. This is a cynical business model that MANY blogs and forums profit from: lots of drama = lots of pageviews = lots of money. But I’m more focused on community tone, and I don’t care about how many pageviews or profits I’m losing. I don’t simply want to deal with hosting the negativity.

I don’t know why the internet transforms mama-bear fierceness into internet bitchery, gossip, and drama, but I know it does. I wish it wasn’t the case, but (despite the Empire) I’m just one woman and I’m not going to be able to turn that entire boat around. I’ve seen it happen so consistently, so many times, in so many places, on so many communities, about so many topics, in so many different ways, that despite how much I love the Offbeat Families community, I’m confident that a forum will never, ever, EVER happen.

Fighting parenting drama and internet bitchery is a losing battle. I’m opting out of the war.

Comments on This is why we can’t have nice things: the siren song of negative parenting talk